Lifting weights can bring significant physical rewards – as long as your clients know the difference between fact and fiction. Where most gym-goers fall short of achieving their goals is believing some of the common weightlifting myths out there.

We spoke to leading personal trainer John Clarke to get his thoughts on the biggest weightlifting myths in the world of fitness. 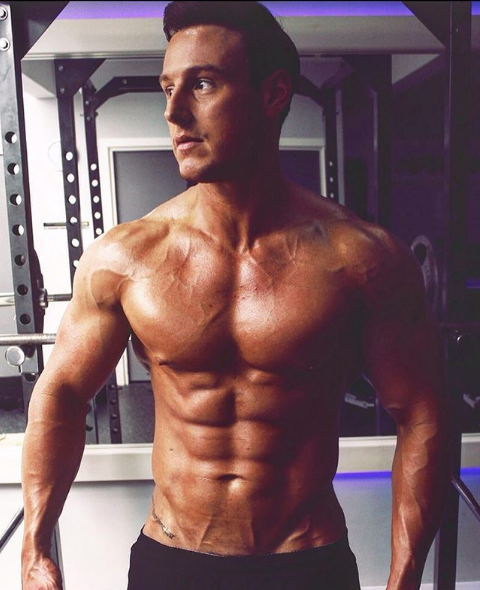 It’s best to work one muscle group a day

I’d say this is one of the biggest weightlifting myths there is. Whether you’re working one muscle group or several, one method is not evidentially better than the other.

The amount of muscle groups you train in one day depends on your goals. If you’re a bodybuilder and want to just target biceps then fair enough, but if you want to just get fitter, you might target more of your upper body. Some people will do whole upper body days and whole lower body days.

If I created a training split of chest, back, arms and legs for someone who was bodybuilding, but someone else wanted a push, pull and legs programme – either one is fine if it gets people in the gym. Look at Arnold Schwarzenegger – he continually split trained chest, back and biceps all in the same day and he turned out ok.

Lifting heavy is the only way to look big

100% not true. Years ago, there were circus strongmen who’d pick up a heavy iron dumbbell and lift it over their head, but they never looked in great shape. Then Charles Atlas came along – he basically pioneered the idea of lifting a fairly heavy weight 10 times, instead of lifting as heavy as you could once.

That’s the method weightlifters of today use for hypertrophy, which is the term for an increase in muscle size. If size is what you want, you do 8-12 reps, whereas if you’re strength training, you’ll do around 3-5.  Again, it all depends on your goals, but lifting heavy is not the only way to build muscle.

Most people gain size through time under tension and slow eccentric lowering followed by four seconds down and one second up – all of which is only really possible by performing more reps with lighter weights. Lifting lighter but doing more reps is also safer on your joints. That said, if you’re bodybuilding, it still needs to be challenging – the last couple of reps for each set should be a struggle.

Powerlifters, on the other hand, will lift up and down a lot quicker and as long as the weight’s off the ground, the lift’s counted. But there’s no right or wrong way – both methods work. If you look at the British bodybuilder Dorian Yates, he did high intensity, heavy weight training of 1-4 reps, whereas Arnold Schwarzenegger did high volume sets of up to 15 reps.

Personally, I couldn’t care less if someone can out-bench me, if I look like I can out-bench them! If I’d rather use my actual muscles to perform an exercise, rather than momentum and gravity.

I don’t agree with this at all. What I’d say to anyone who agrees is, put your hand on your heart after a leg day and get back to me. Any form of exercise causes your blood vessels to vasodilate, or widen, which provides more blood to the muscle and works the heart.

You can do cardio with weights as part of circuit training, so weightlifting and cardiovascular health are not mutually exclusive. After any tough session, you should be able to find your pulse and know that you’ve worked hard. An ideal BPM (beats per minute) for a relatively fit man performing a moderate intensity workout should be around 140.

But you don’t get to decide which part of your body loses the most fat – that’s down to genetics. We’ve all got abs, you just need a low amount of body fat to reveal them. While crunches will make them more prominent and enhance core strength, you can’t target fat loss purely through sit-ups.

If your goal is to bulk up and you need calories to supplement that, concentrate on getting bigger and once you’ve reached your target or got close to where you want to be, then you can shed body fat.  But building muscle and losing body fat is very difficult, unless you’re a teenage boy with hormones through the roof, using steroids, or one of these very lucky people with good genetics.

When I get people through the door, a lot of them want to get bigger yet still lose body fat. That might happen in the first few sessions if they’ve never lifted before, but in the long term you can’t sustain it.

Resting between sets is critical

There are two schools of thought on this. Supersets, where you do a set of one exercise followed immediately by another, allow you to maximise the intensity of your workout and increase muscle tension, which is conducive to bodybuilding.

However, you need a fair amount of rest in between sets for consistency and to stop yourself burning out. You don’t need to keep doing one exercise then resting, but recovery is essential for helping you give each set maximum effort. The amount of rest you take is obviously goal-specific. Powerlifters tend to rest for up to three minutes, bodybuilders will rest for around 50 seconds, and people doing fat loss circuits will have 15-20 seconds rest.

Ironically, though, the most important rest period is after a workout – that’s when you grow, you don’t grow in the gym.

Muscle will turn to fat if you stop lifting

That’s scientifically impossible. Fat can’t turn into muscle and vice versa. Fat is broken down into lipids, whereas muscle is attached to the bone. They’re two completely different things.

Where this idea of turning muscle to fat comes from is, if you’re a bodybuilder like Ronnie Coleman or Jay Cutler and you’re used to having 6,000 calories a day, but then you stop going to the gym, you’ve still got an appetite for 6,000 calories a day. The problem is, you don’t have the expenditure of weights and cardio you were doing.

So, when people think muscle has turned to fat, it hasn’t – they’ve just gained additional fat because they’re not burning off enough calories. After a few weeks of not training, the muscle will start to break down and waste away, but it doesn’t ‘turn into’ fat.

By the same token, if someone was overweight, trained at the gym and then looked ripped, it wouldn’t be because their fat’s turned to muscle, it’d be because they’d lost the fat that was covering the muscle.

A common misconception among women who join a gym is that weightlifting will make them look like Arnie. That’s another myth with little truth to it. Women should definitely do weight training. If you look at Victoria’s Secret models or any professional female athletes, they’ll lift weights in some capacity.

Lifting weights makes their muscles more prominent and reduces the body fat covering their muscles. They don’t just do legs, bums and tums or Zumba classes. It’s degrading to women to suggest this is all they should be doing.

Men and women are so genetically similar. Although men find it easier to build muscle because of testosterone, men and women should still train all the same body parts. There’s definitely women out there who can out-squat me.

When a lot of women start lifting weights, they don’t change what they eat, so they think they’ve become bulky, but they’re just adding muscle to the size they’ve already got. They need to also lose body fat to look toned.

Knowing about these weightlifting myths should help your clients get the shredded body they’re looking for. However, as a PT, you are always at risk of someone making a claim against you for injuries. That’s why it’s so important to have Professional Indemnity cover to protect your legal liability if advice you’ve given leads to an injury.

As part of our personal trainer insurance, we offer up to £5 million of Public Liability, which includes up to £1 million of Professional Indemnity cover. So there’s no time like the present – get an instant online quote with us today and discover how affordable peace of mind can be.